The first Sustainable Development Goal addresses the need to "End Poverty in all its forms everywhere".[1].

Situation in the EU

SDG 1 'no poverty' calls for the eradication of extreme poverty and halving poverty in all its dimensions by 2030. This adds a more universal approach to poverty reduction which makes it directly relevant for the EU, for which the Europe 2020 strategy sets a target of 'lifting at least 20 million people out of the risk of poverty or social exclusion' by 2020 compared to 2008.

According to the 2017 EU assessment of progress towards SDG1, in 2015 nearly 120 million European citizens were at risk of poverty and social exclusion, almost 87 million were considered to have very low income and other 40 million unemployed or low work intensity and almost 38 million were suffering from material deprivation. Regarding basic need, nearly 11% of people are struggling to pay the house mortgage/rent, more than 15% live in poor dwelling conditions, 17% in overcrowded houses, almost 10% are not able to keep their home warm, and 2% lack any sanitary facilities. More than 3% of citizens above 16 years old cannot meet their medical care needs.[3]

Community-Led Initiatives do have a strong impact in the implementation of, and going beyond, SDG1. The majority of CLI do consider that Poverty and Socially Exclusion is today mainly the result of an unsustainable socio-ecological and economic design, leading a large percentage of humanity to live without some fundamental basic conditions and rights. Most of the network members that are part of ECOLISE do strengthen the imagination of new ways of living on this Earth, based on the knowledge and experience that Nature in its healthy state is very "abundant" and humans thrive in a healthy community [4] [5]. At the same time many of these networks do foster principles of Sufficiency, inspiring and supporting people and communities that tend to live with too much (Voluntary or Radical Simplicity, Degrowth, among others) and enhancing productive capacity in territories where this is in fact too little (e.g., examples... Self-Sufficiency; ... ) [6][7]. Also, the community building and social inclusion is a key pilar of many networks, enhancing not only personal and collective development and health [8] but mainly fostering the transformation of the current collective culture [9]. Also, many of ECOLISE members initiatives did already implemented complementary (or alternative) currencies in order to create new economic realities at the local level, promoting an exchange of goods and services within the community, boosting jobs and increasing the financial resources at the local level [10][11], while integrating sustainability and regeneration design tweaks in this socio-economic innovations [12][13]. The localisation and decentralisation process promoted by most ECOLISE members do require the "reskiling" of local communities on the basic needs, such as house construction, energy production, water harvest and "humane" composting [14]. Also, many initiatives do promote repair shops and shares Do it Yourself protocols in many different topics allowing people and local communities to make the most of available resources and decreasing material deprivation and higher income. We can say ECOLISE members do explore innovative ways of creating sustainable livelihoods for local communities.

However, it is known that in Europe, as well as North America, most CLI members are mainly caucasians form middle and high socio-economic classes (Ref). Scientific studies have suggested that ... Nevertheless, the transition paradigm has been already noticed to create meaningful and sustainable livelihoods outside Europe (refs). 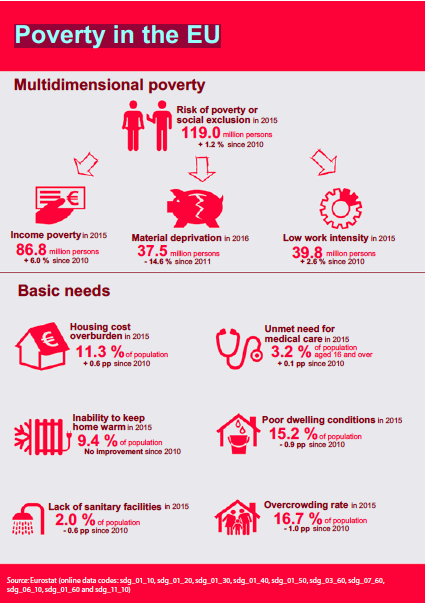 some of the solidarity economy studies I am currently working on might also be relevant, e.g. case studies of responses to austerity in Greece and the history as a reaction to systematic poverty in much of Latin America. Will add these when relevant. --Tom Henfrey (talk) 12:30, 12 April 2018 (UTC)

"This imaginary more often than not responds to neoliberal promises of individual freedom and autonomy and seems to undermine CBEs' more radical possibilities at the same time obscuring more diverse voices of transformation." (Arguelles et al, 2017) From a more nuanced perspective these community-based economies (CBEs) can be seen as examples of diverse economies growing outside common capitalist logics, recognizing their potential to bypass or even reconfigure dominant global trends." (Argüelles et al 2017:30)

"The challenge lies in implementing the ” transition paradigm” in poor communities in South Africa where most people are dependent on income from government grants. While many see the solution to poverty as job creation, the ” transition paradigm” explores innovative ways of creating sustainable livelihoods by harnessing unexplored assets of poor communities. The paper observes three existing communities in the Nelson Mandela Metropolitan Municipality with the objective of analysing how such models are integrated (or not) into the local economy. Thereafter aspects of a model that envisages ways that poor communities can create sustainable livelihoods, using local skills and resources, are presented. This model requires strategies for creating localised systems, including micro finance systems, local markets, community exchange networks, cooperative construction, production and distribution systems; and infrastructure and technology systems." (Cherry, 2014)

A case study of the Brighton and Hove Food Partnership "For BHFP, normalising sustainable food in the city region means ensuring that all aspects of the local food system (nutrition/cooking, growing, procurement, poverty/access, waste, distribution, retail, etc.) are transforming – BHFP is not happy with uneven progress. It also believes that normalising requires chronic issues, such as poverty, to be addressed with long-term solutions, which can only be achieved by working at different levels of the system (i.e. with individuals, communities and with policies) simultaneously." (Currant, 2015)

"The potential health and wellbeing co-benefits are directly relevant to the public health outcomes framework (Appendix 3.). Most domains link to the Transition Together / Transition Streets initiative. For example Domain 2: Tackling the wider determinants of ill health and factors which affect health and wellbeing, such as children in poverty, fuel poverty and social connectedness. This also links with excess seasonal mortality and mortality from chronic respiratory diseases in persons less than 75 years of age. Improved energy efficiency in homes could contribute significantly to this domain, particularly if targeted at those in fuel poverty. The potential social cohesion brought about by neighbours coming together through Transition Together could provide added benefit to enhance health and wellbeing." (Richardson et al 2012)

"In the final chapter in this section, Alexander discusses the question: How would an ordinary middle-class citizen deal with a lifestyle of radical simplicity? Radical simplicity, he states, does not mean poverty, which is involuntary and full of suffering and anxiety, and thus universally undesirable. Rather, it means a very low but biophysically sufficient material standard of living. His chapter directly addresses the issue of the “two types of austerity”, arguing that lifestyles of reduced consumption can be desirable if we negotiate the degrowth transition wisely, both as individuals and as communities. Indeed, it suggests that radical simplicity is exactly what consumer cultures need to shake themselves awake from their comfortable slumber, and that radical simplicity would be in our own, immediate, self-interest." (Vicens et al 2017)