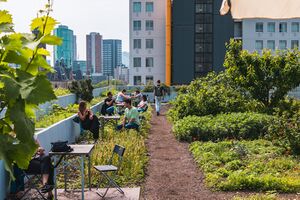 Commons are collectively owned resources, collaboratively managed by their co-users under formal or informal governance systems. They form management institutions that are finely attuned to the specifics of place and closely link ecological, social and cultural realities. For this reason, traditional commons are a crucial ingredient in all documented cases where human groups self-organise to achieve sustainability and/or resilience. In addition, many social movements concerned with sustainability, justice and related matters are dedicated to the creation of new commons, creating new institutional forms that transcend the limitations of state and market.

Well-governed commons are resilient, self-limiting, adaptive entities that promote regeneration of landscapes and social systems. Nobel Laureate Elinor Ostrom’s research on commons identified five requirements for adaptive governance. These effectively translate into a set of baseline social conditions for successful adaptation to climate change. They are:

Two good examples of commons based governance are Centre for Ecologial Learning Luxembourg (CELL) and Biovilla.

The new commons created as part of permaculture are diverse in nature and form. Much agrodiversity is maintained and circulated through informal projects and networks for propagating and exchanging plants. Popular education creates knowledge commons through which concepts such as permaculture principles and design methods, and theories around economic localisation and energy descent are developed, tested and refined. Knowledge commons around social technologies and tools for personal resilience are created, refined and shared through their use in meetings, workshops, events, training exercises, courses, and other forms of group work. Many permaculture projects own and manage their physical base as some form of commons through legal structures such as trusts, cooperatives and community interest companies that support inclusive decision-making processes.