Enablers and constraints affecting community-led initiatives include general and place-specific factors, and can be either internal to the initiative or reflect external conditions. Many common patterns can be observed across different types of initiatives. Key factors include local circumstances, perceived efficacy of government action on environmental and social issues, local and translocal networking and collaboration, political conditions, legal and institutional arrangements,

Research on establishment of community-led initiatives (CLIs) has identified several key factors that stimulate their creation. Some are restricted to or more common in particular locations or countries, others recur internationally.

The following diagram summarises factors enabling the arisal and persistence of CLIs identified in the TESS research project, whose international comparison of CLIs covered Germany, parts of Italy, Spain, Scotland, Finland and Romania). 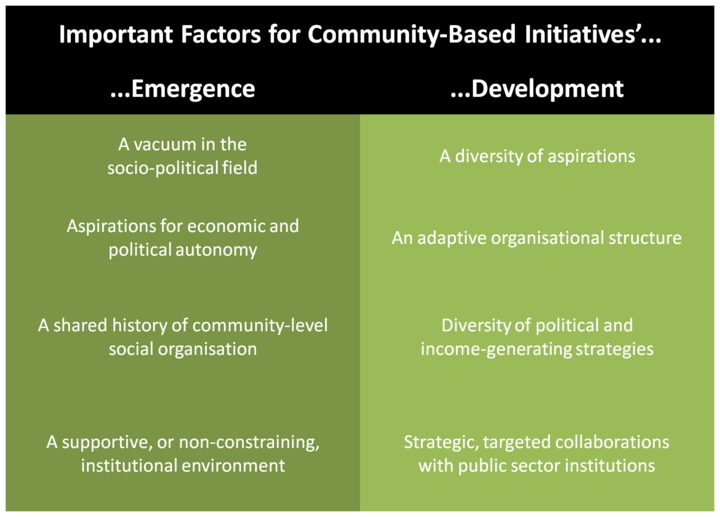 Table 1. Enabling Factors for CLIs identified in the TESS Project. Source:[1], based on [2].

The following summarises enabling factors identified by participants in CLIs themselves: 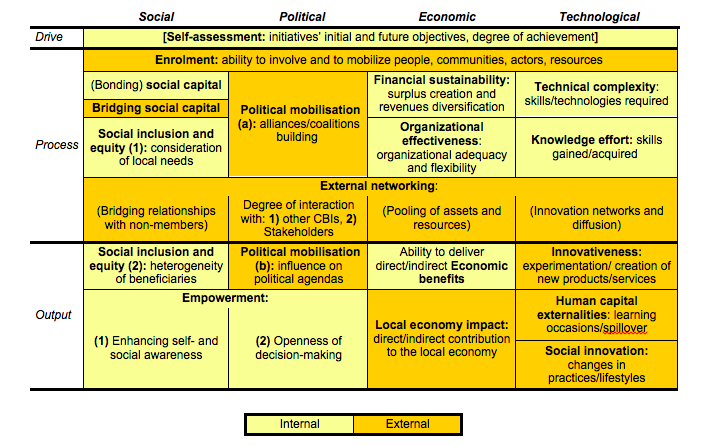 Figure 1. Key drivers for establishment of community-led initiatives identified by participants. Source:[3], based on [2].

Key factors identified in various research projects can be allocated to a number of categories:

Local collaboration
Active collaboration with local authorities appeared to be a key factor among TESS case study initiatives in Italy, but less so elsewhere. For example, many Finnish CLIs actively avoided such collaboration in order to assert or maintain autonomy.[4] Overall, the TESS project concluded that while most CLIs regard collaboration with public institutions as a low priority, such collaboration is often frequent, intense and important. However, CLIs' relationships in many cases appear problematic, with 62 per cent reporting some kind of constraint arising from public policies, including legislative constraints, difficulties accessing public funding and generally unsupportive policy environments.[5]
Several studies of initiatives in the Transition movement show their establishment often depends on informal local collaboration. Half of 276 initiatives responding to a worldwide survey in 2013 reported a pre-existing local group to have in some way been involved in their creation,[6] for example Local Agenda 21 groups in Portugal [7] and the UK,[8] and the Relocalization Network in the USA [9].
Social links
Case study initiatives in the TESS project, particularly in Spain, Italy and Germany, emphasised the importance of participation, for example links between producers and consumers in relevant cases[4]. The establishment of community renewable energy projects, for example, often relies on the creation of a ‘virtuous social-technical loop’, where mobilisation of local social ties creates initial demand for technological change, which when realised encourages further recruitment.[10] The importance of networking among local actors, especially among CLIs and other grassroots innovations, to strengthen processes of building niches, the alternative structures (social, cultural, institutional and/or economic) within which CLIs seek to operate, has been noted for both community currencies[11] and community energy projects.[12]
Failure of dominant regimes
Significant motivating factors for TESS case study CLIs in Germany included perceived failure on the part of the government to take effective action on preventing food waste and promoting transition to renewable energy sources.[4] In some cases, the creation of CLIs is motivated by a wish to undertake actions considered socially and environmentally legitimate but formally illegal. This was the case with many TESS case study initiatives in Germany.[4] These 'uncivil' initiatives often complement those 'civil' initiatives working within legal and institutional frameworks and more conventional societal expectations, and gain popular legitimacy through informal local collaboration. The latter is the case with many 'rurban' squats on the periphery of Barcelona, who offer a variety of amenities and services to local residents.[13] Many community gardens in Madrid began as technically illegal occupations of unused urban land; having become important spaces for regenerating social relationships at the neighbourhood level and public reimagining of and action upon the nature of urban public space they have since been officially legitimised by city authorities.[14]

Wider networking and collaboration
A number of key studies, along with the first-hand experience of many practitioners in community-led initiatives, indicate the value of working within wider networks.[11] The diffusion and growth of community-led initiatives is greatly enhanced by the existence of networks for sharing knowledge, information and experience, both directly via social connections, network-level events, visits, workshops and trainings, and indirectly via passive inspiration and active circulation of enabling media.[9] Based on case studies of 20 key networks and movements of transformative social innovation initiatives, the TRANSIT research project concluded that the scope of such initiatives to contribute to transformative change depends crucially on their capacity to form and operate within translocal and transnational networks of other such initiatives and their supporters.[15] In the permaculture, ecovillage and Transition movements, ongoing processes of social learning - formal, informal and non-formal and at all scales - are key to their successful operation as mutually enabling networks and integral parts of their operational methodologies.[16] By adopting knowledge and learning as a key strategic pillar, the ECOLISE network seeks to support, enable, diversify, deepen and strengthen these learning processes.

Interviews conducted in the TESS project reflected the point already made about the ambivalent effects of political factors. Of 62 initiatives studied in detail, nearly half considered that their establishment of development had benefited from some form of supportive policy regulation, while a larger number (39) considered that policy regulations had to some degree hindered them. On this basis, and taking into account that some initiatives considered policy to have provided both opportunities and barriers, researchers suggested a fourfold categorisation of policy contexts:[4]

Further questioning as to the scale of these policy effects showed that policy enablers were fairly evenly distributed across scales, with slightly larger numbers reported at local than national and EU levels. Policy barriers were far more commonly reported at local level, by 34 responding CLIs compared with only nine and four at national and EU levels respectively.[4]

An example of an enabling policy context is that of the Vauban eco-district initiative in Freiburg, Germany, in which a unique top-down and bottom-up participatory city planning process involving the city council, the city administration and representative citizens enabled the ‘Forum Vauban’ initiative to reach its goal of building an ecological neighbourhood.[17]

TESS case study research in Germany showed that in some cases temporary windows of institutional opportunity, such as a change in procedures for operating power networks in German cities, were crucial factors for the establishment and influence of community-led initiatives.[4]

Both the direct experience of community-led initiatives and findings of formal research indicate that the organisational structure and legal form adopted by community-led initiatives affect in important ways their possibilities for action, relationships with wider context (particularly governmental and other formal bodies) and their possibilities for future growth.[18] Most need to adopt some sort of legally recognised formal structure in order to be visible to and engage with by existing institutional structures; those that do not constitute themselves as a legal entity often find their ability to access funding and other support restricted, as has been the case for The Living Knowledge Network of public science initiatives.[19]

Research suggests an ambiguous relationship between organisational structures and success. On the one hand, adopting a recognised legal structure is a form of embedding that can integrate CLIs into existing structures and strengthen their ability to change outdated ways of doing, organising and thinking, at the same time as it enhances prospects for their long-term survival. On the other, it may lead to rigid obligations to official institutions of kinds that restrict possibilities for long-term action.[18]. Case study initiatives in the TESS research project report trade-offs between adhering to a legal structure and organising so as to allow more informal operational formats, with implications for outreach and inclusivity.[4]

Initiative and movements involved in the TRANSIT research project reported various regulatory conditions, often specific to their particular context. Credit unions are affected by financial regulations, and may be restricted by measures associated with stricter public regulation of banks. Co-housing projects (and, in some circumstances, ecovillages) are bound by legal frameworks pertaining to the construction and management of housing. Agroecology, local food and food sovereignty initiatives and networks, such as Seed Exchange in Hungary, need to follow EU and national laws concerning sale and exchange of seeds, while the Shareable network of city-based sharing initiatives is bound by rules concerning competition.[19]

All CLIs face ongoing challenges and dilemmas regarding how to resource their work and sustain activity without compromising their core values and capacity to deliver on key aims and objectives. Most rely on a combination of monetary and non-monetary inputs, including substantial voluntary labour, each of which raises its own set of dilemmas and constraints. A key tension is the need to operate professionally and effectively without compromising inclusivity and responsiveness to community needs, for example by becoming too focussed on the delivery of specific income-generating activities, funded projects, or donors' requirements. Many CLIs have adopted new forms of an enterprise (community-led, solidarity and/or regenerative) as vehicles for delivering key projects, or for the CLI as a whole, to help resolve these dilemmas. Resourcing thus raises a wide spectrum of possible enablers and constraints, whose exact nature will depend on the choices, aims and context of any specific CLI.

Empirical evidence from massive Scotland governmental to support and empower CLIs hampers the mission of CLIs to ground sustainable and regenerative lifestyles within its community, mainly due to "(i) misaligned output timeframes, (ii) administration demands, and (iii) local competition". [20]